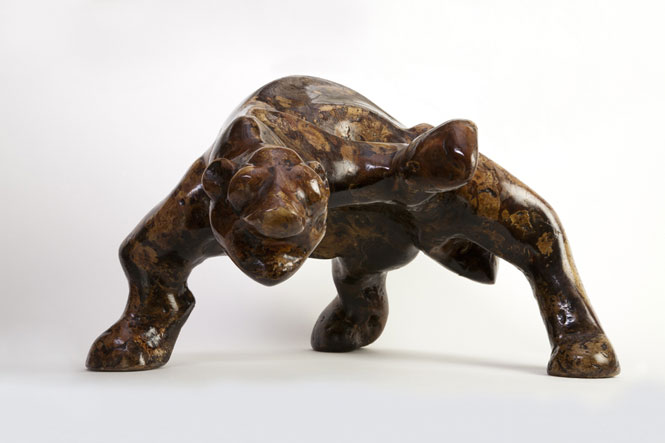 The Star, Johannesburg - 15th April, 1966, commented ("the leopard whirling round in snarling fury")

It appears that the Adler Fielding Galleries made two series of bronze casts - both signed plus some unsigned casts of the one edition!.

4 bronze casts made by the Adler Fielding Galleries, bearing the artist's signature at the bottom of the belly: 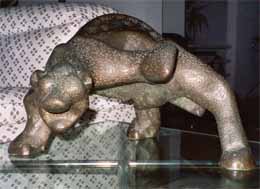 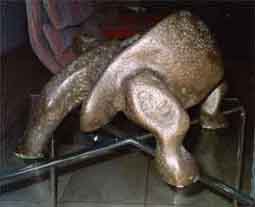 Signed cast 2/4 was acquired by first owner from the Adler Fielding Galleries on 20.2.1967 and temporarily loaned to the Durban Art Gallery, Durban as from July, 1967. The owner by descent holds documentation from the AFG relating to it.

An unknown number of casts of Series II were made by the Adler Fielding Galleries, bearing the artist's signature at the bottom of the belly: 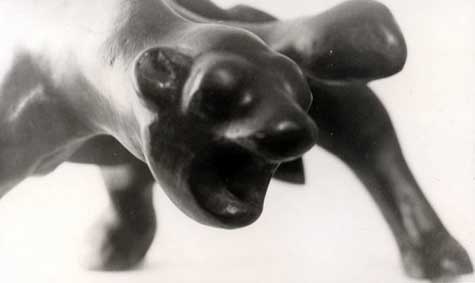 This cast is listed in „Sydney Kumalo and other Bantu artists of the Transvaal“ by Susanna Jansen van Rensburg (unpublished M.A. degree thesis handed in to Prof. Dr. F.G.E. Nilant, Dept. History of Art, University of Pretoria) (1968/69) – this signed cast is listed under cat. 180 (6), stated to be signed "L. Sithole"

An UNSIGNED unnumbered cast of Series II. was on auction at Bonham's New Bond Street London on 14th October, 2009 - Lot 112 and being unsold was offered again unsuccessfully at Bonham's Knightsbridge on 23rd March, 2010 - Lot 36, at a much reduced estimate. 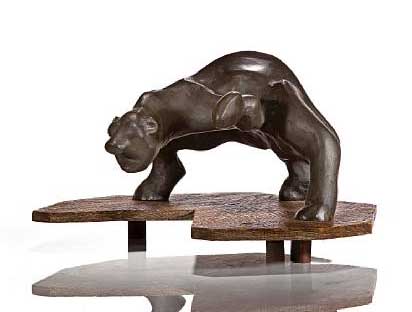