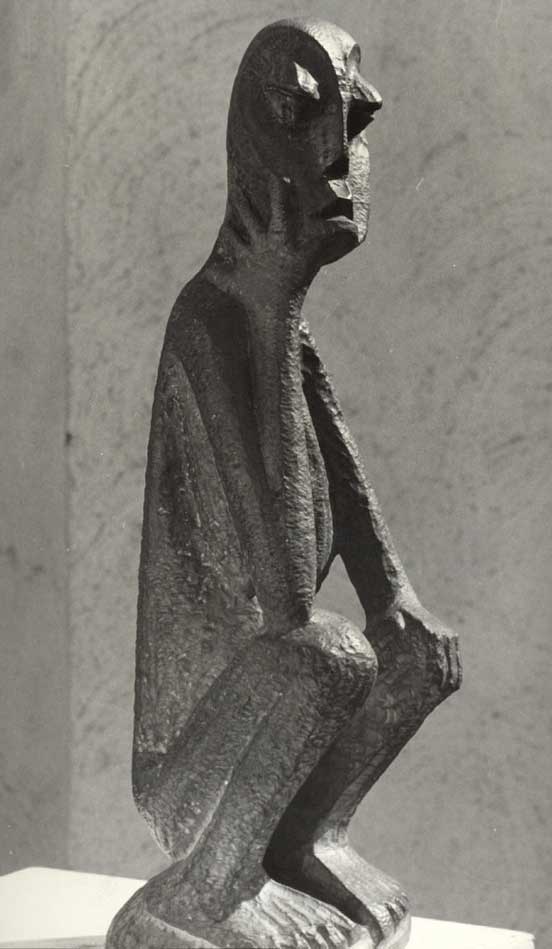 Most likely from the Adler Fielding Galleries, Johannesburg in about 1963

This work needs to be reclassified under 1962!

This bronze appears to have been cast later from LS6317.1 - it is recorded as "smooth"

Most likely from the Adler Fielding Galleries, Johannesburg in about 1968

This work is cast in a similar fashion as LS6301 Series II. - it is possibly an unauthorised cast.

Also described as "Crouching figure, right hand holding head" - previously recorded as "Query Q" - the original title given by the artist is not known.

WHOEVER KNOWS ABOUT OR OWNS ONE OF THESE CASTS,

please contact us with further details and a better image!