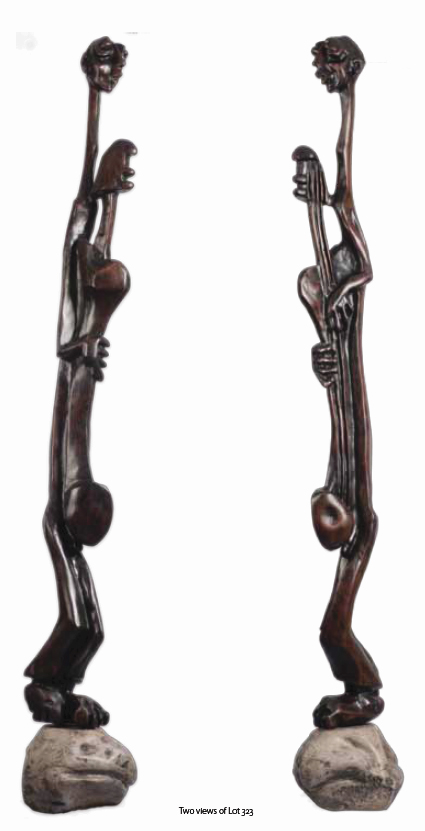 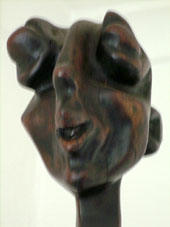 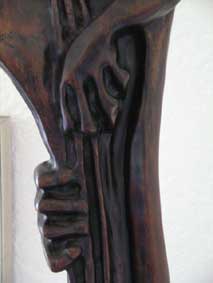 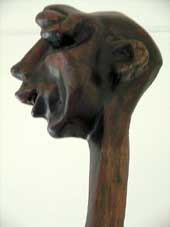 This is the tallest recorded work by Lucas SITHOLE!

Legend as reported by first owner of sculpture

Lucas told us a bit about each work. "When I'm Guitaring" came about when he one day walked past his brother's room (he didn't say which brother) and heard him singing a love song. This brother never sang, so after listening outside the closed door for a while he opened it, expecting to find a girlfriend, perhaps, in the room. It was only the brother, who vehemently denied ever singing, ending the discussion saying it was the guitar singing!